The textile company LLC "BEKMEGATEXTILE" started its activity as a company on May 14, 2012, and from November 16, 2012 began its production of knitted fabric.

In 2014, due to investments the company, it was acquired the latest equipment, built a modern office, have been implemented additional workplaces, which gave an increase in the growth of sales in the market of trade, which in its turn, led to increased exports to foreign countries.

Since 2015, LLC "BEKMEGATEXTILE" has become a regular participant of international and national fairs.

In 2016, due to investments, the newest equipment was acquired from the countries of Turkey, Italy and Germany. Physical and chemical laboratories were automated and equipped with the latest technology, which raised the quality control of products. Also, among them, was purchased equipment - a robot from Turkey from the company "ELIAR".

Since the summer of 2016, the company opened its sewing manufacture of knitted goods, as well as started exporting its goods to foreign countries.

We seek new challenges every day and strive for excellence. We dare for more. We expect unexpected.

We keep developing ourselves to improve the results. We run the extra mile. We achieve our goals.

We enable talents to grow. We appreciate the best in people. We treat others the way we want to be treated. 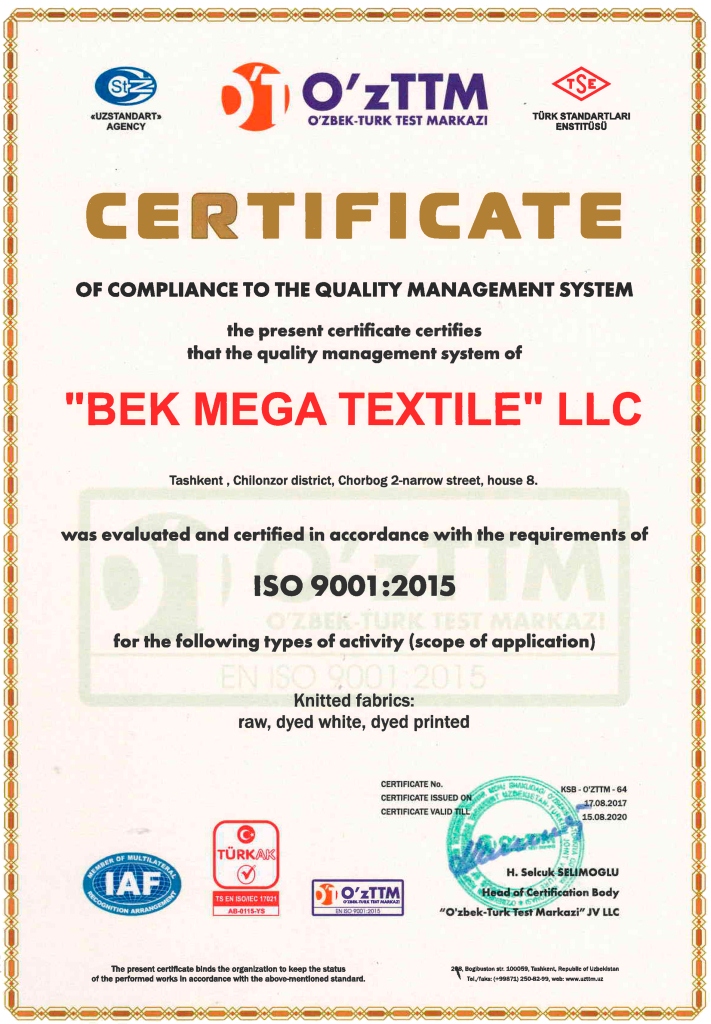 Certificate of conformity of the quality management system
2015
For details

Gratitude from the project The Fashion Show
2016
For details 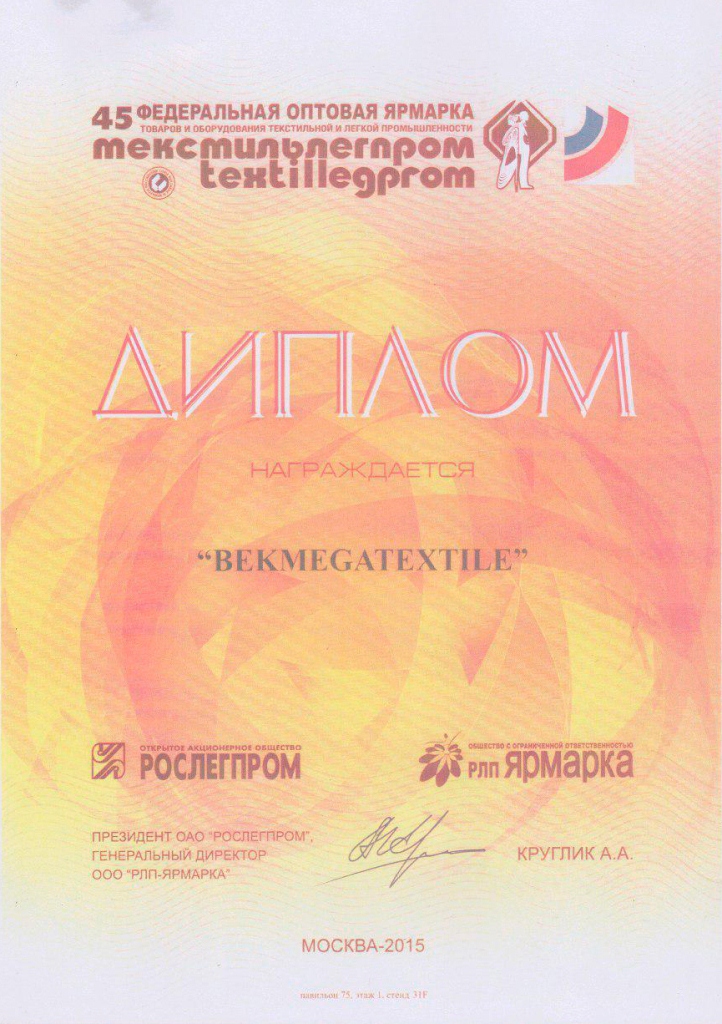 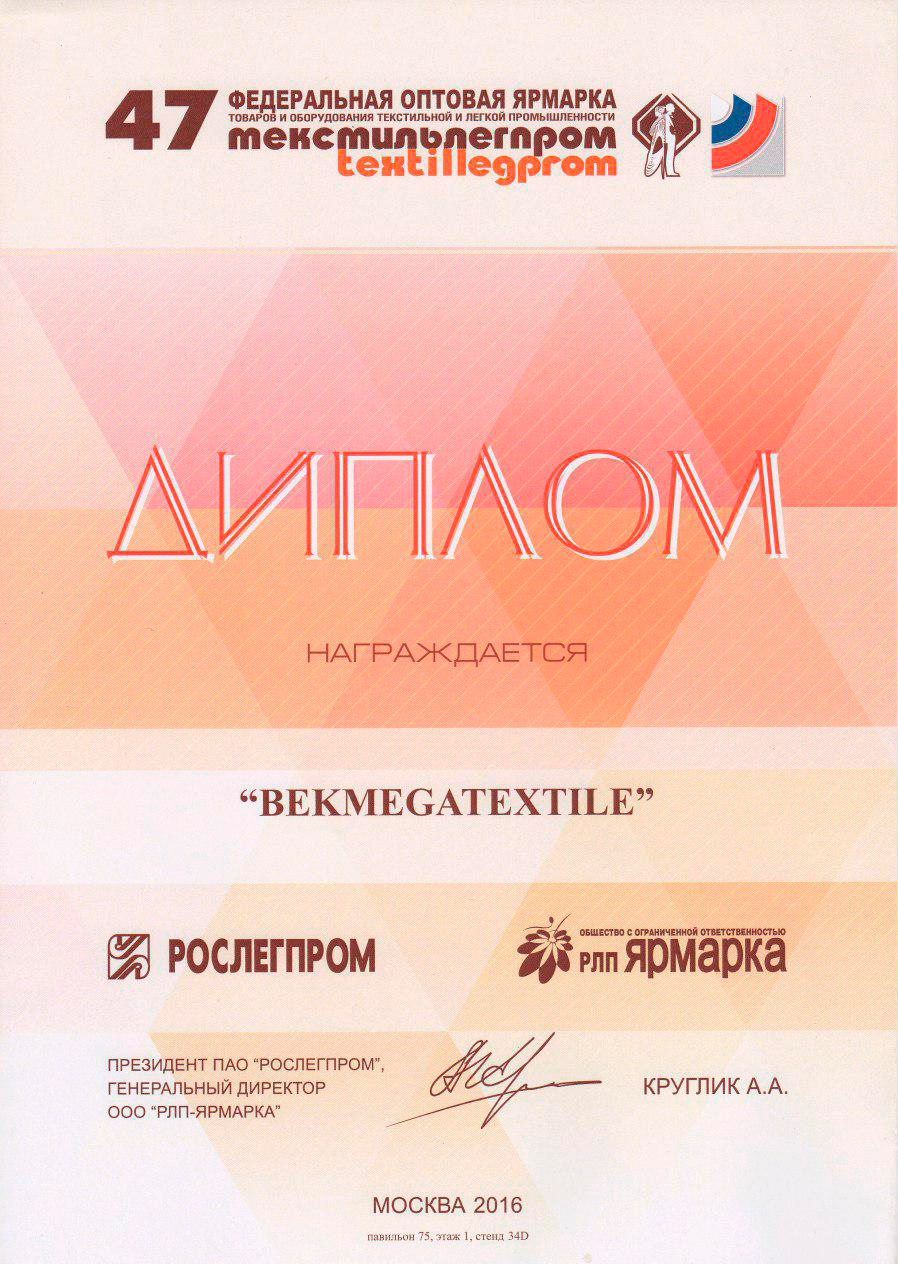 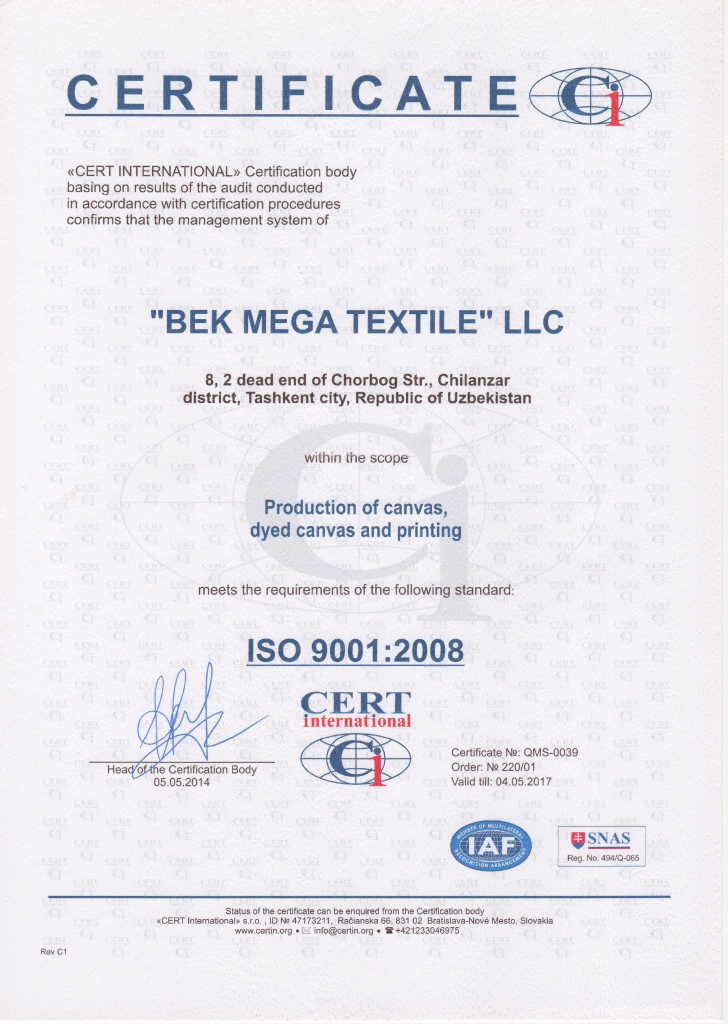